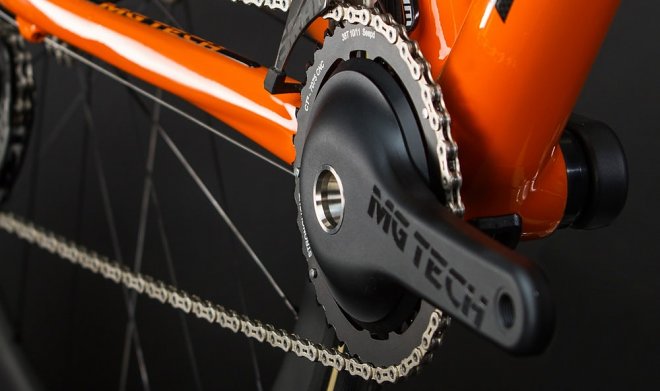 The French company MG Tech introduced the new Ultime Ti bicycle shaft with a smart planetary program system. Its system turns the chain 10.8 % faster than the standard mechanism. As a result, a wide range of gears and effective switching allow the rider to move faster with the same efforts. The mechanism also maintains the gained speed with lower loads — As a result, the cyclist gets less while moving.

Some professionals who tested Ultime Ti note that during their standard training, the heart rate decreased by 4-10 beats per minute. After a 3-4 hour trip, the muscles of the legs no longer hurt, and accelerating has become much easier. The system is suitable for all types of bicycles and will be useful for both racers and ordinary cyclists. 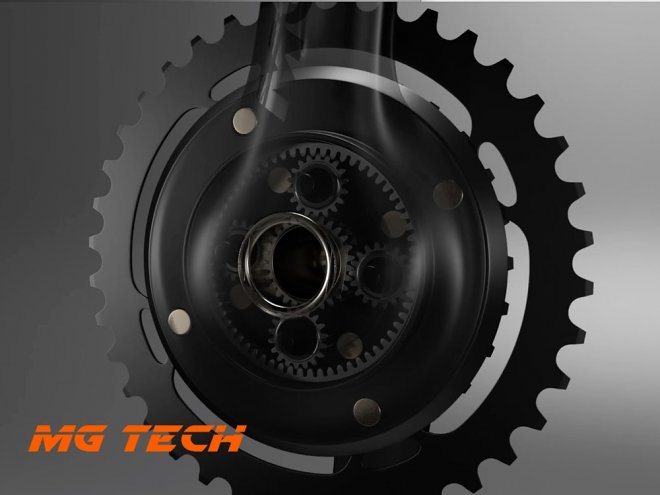 The details of the structure are made of aluminum and titanium, which makes it very light. The entire system weighs about 1150 grams, which is 400 g less than that of a similar Hammerschmidt mechanism, which has 2 speeds and the possibility of switching modes (now it has already been discontinued).

Of the similar devices on the market, there is only a less famous 3-speed shaft from the Polish company Efneo. Perhaps Ultime Ti will be able to compete with him.

Currently, the Ultime Ti project is involved in the crowdfunding campaign on Kickstarter and, if successful, will go on serial production. 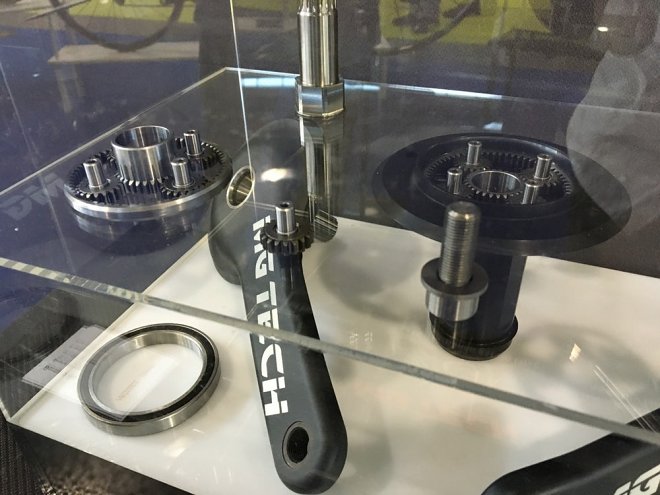