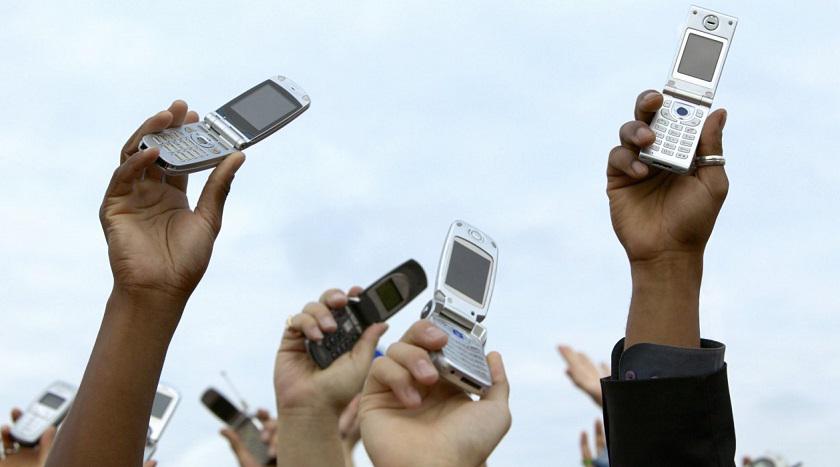 Kyivstar presented interesting data on Ukrainian mobile Internet users. It is also noted that in the second quarter of this year, subscribers spoke 559 minutes a month, which is 5% more than during the same period in 2015.

GSMA Intelligence has identified the average conversation in the EU countries. It amounted to 228 minutes a month, while European subscribers spend 417 hryvnias per month on these services. Kyivstra notes that the costs of their subscribers for the same volume were only 44 hryvnias. The conclusions are suggested by themselves – network users talk twice as much than the inhabitants of the EU, but spend ten times less money. 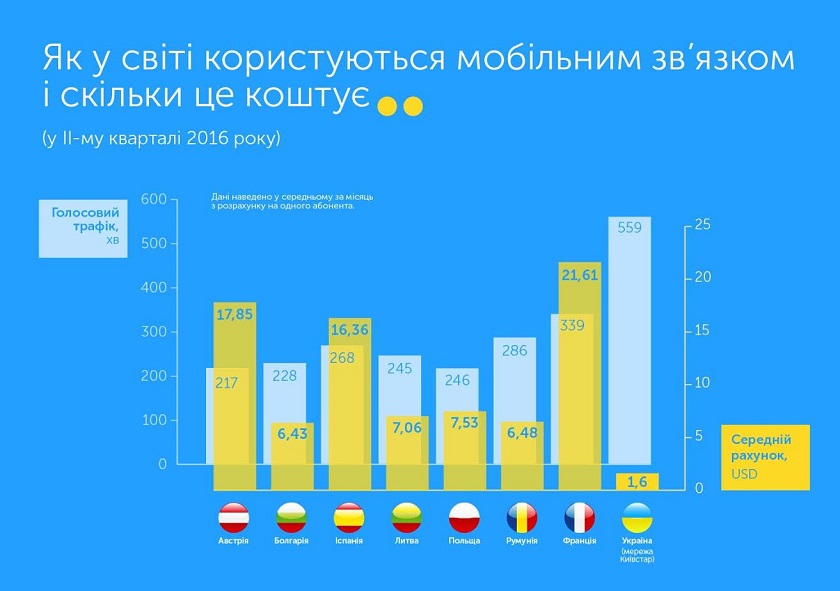 In addition, recently, residents of Ukraine began to use mobile Internet more. First of all, this was affected by the launch of 3G. According to the mobile operator Kyivstar, in the second quarter of 2016, network users consumed the Internet 83% more than in the same period last year. However, Ukrainians use less mobile Internet than residents of EU countries. According to the same GSMA Intelligence, our subscribers use an average of 300 megabytes per month. While Europeans do not fall below the mark of 1000 megabytes per month. 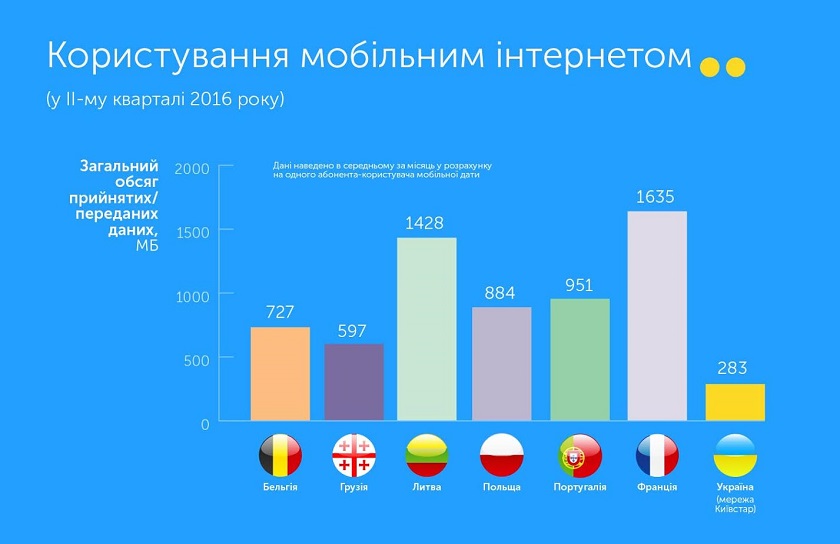 New attractive tariffs for voice communications and the Internet allowed customers Kyivstar to increase consumption of minutes by 5%, and mobile Internet — 83%.
In the second quarter of 2016, Kyivstar subscribers spoke an average of 559 minutes a month, which is 5% more than in the same period in 2015. According to GSMA Intelligence, in the EU countries, the MOU indicator is 228 minutes. At the same time, the costs of European subscribers on telecom services (ARPU) on average 417 UAH ($ 16.2) per month. Whereas in Kyivstar this figure in the 2nd quarter of 2016 amounted to 44 UAH ($ 1.6). Thus, using twice as many voice traffic than the inhabitants of the EU countries, Kyivstar subscribers spend almost ten times less.
Since the launch of 3G networks in Ukraine, the consumption of mobile data traffic is growing rapidly. So, in the network of Kyivstar in the 2nd quarter of 2016, the consumption of the subscriber’s dates for the subscriber increased by 83% compared to the same period 2015. The company believes that consumption growth is stimulated both by the development of the 3G network and tariff plans that provide the final user with more opportunities. Recall that in the 2nd quarter of 2016, Kyivstar launched a new tariff line with increased volumes of minutes, Internet megabytes, unlimited access to social networks, instant messengers, the opportunity to listen to music and watch videos online in unlimited volumes. At the same time, the volume of mobile mobile consumption in Ukraine is still lower than in the EU countries. So, according to GSMA Intelligence, Ukrainian mobile users consume an average of about 300 MB of mobile Internet per month, while in EU countries — from 1000 MB and above.
To provide Ukrainian subscribers with more opportunities for high -speed mobile Internet, Kyivstar is actively developing 3G networks. Today, 3G Kyivstar services are available for 48% of the population of Ukraine in over 2000 urban and rural settlements. By the end of the year, the company plans to increase the territory of the coverage of the network 3G. So, investing in the development of new technologies will continue. So, in the first half of 2016, the investment of the leader of the market of the market amounted to 1.176 billion UAH. The funds were mainly aimed at building 3G networks in urban and rural settlements.
Recall that for the first half of 2016, Kyivstar paid to the state budget
taxes and fees in the amount of 1.933 billion UAH. According to the rating drawn up by the State Fiscal Service, Kyivstar — The leader among the companies of the communication industry in terms of payments to the budget is included in the TOP-20 of the largest tax payers of the country.