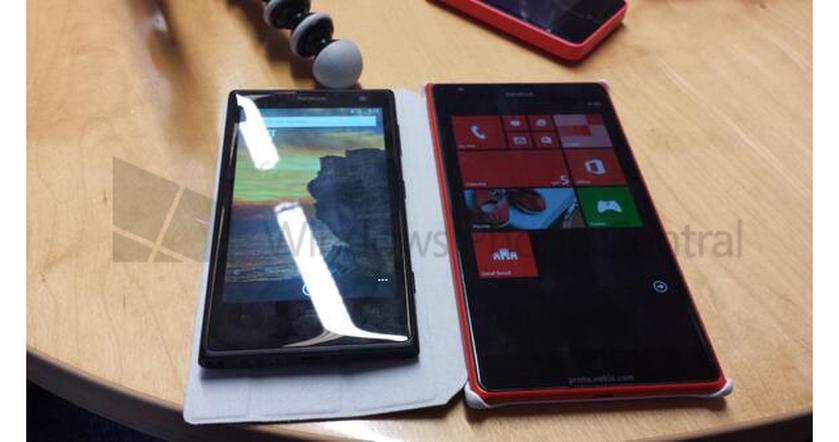 According to the source, the photo captures the first “ceiling” Nokia in comparison with the current flagship . About him, exactly as about the tablet of the Finnish company of rumors on the World Wide Web, there were already plenty of. Initially, the gadget appeared under the code name Bandit, which transformed into a more familiar type for Nokia: Lumia 1520.

Judging by the photo, the gadget will retain all the usual Lumia features, the case will be made of polycarbonate and will have a small thickness. As for the characteristics-a 6-inch FullHD display and a quad-core Qualcomm Snapdragon (perhaps 800), Windows Phone operating system with GDR3 update (due to which FullHD support and four-core processors will appear). If rumors are confirmed, the smartphone will be equipped with a very advanced Pureview camera for 20 megapixels, the module will be somewhat protruded from the case like Lumia 925. Official announcement is expected at the end of September.