Scientists have found a special way to cook rice, which relieves grain from arsenic 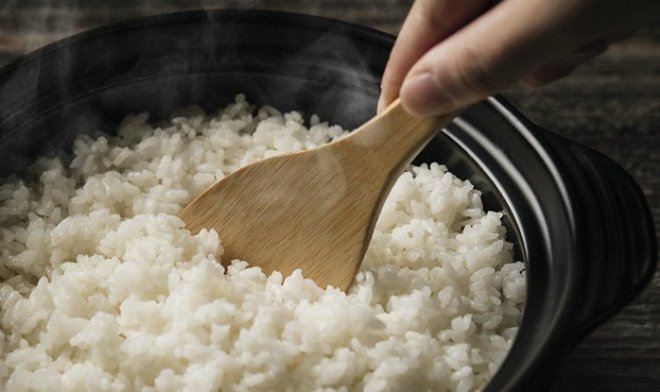 According to the latest study of scientists from the University of Sheffield in the UK, of the 55 varieties of rice sold in this country, at least half the concentration of arsenic exceeds the norm. The situation with poor countries where rice is the main food, but there are no standards for arsenic, even worse. Recently, British scientists have seriously dealt with this issue and developed this method of cooking rice that allows you to save it from dangerous substance.

People knew about the presence of arsenic and other toxins in rice for a long time and simply put up with this. You can not transfer all the fields to irrigation only with clean key water in order to feed entire nations you need to fill in huge areas. At the same time, soil, as well as wastewater, ends in the fields, and rice absorbs the same arsenic 10 times more than grain crops. Most of all in such a situation are children under 5 years of age, whose body is especially vulnerable to toxins.

In fairness, the methods of cleaning rice from arsenic were also invented far from yesterday, and all of them are reduced to processing grains with water, which should be washed by harmful substances. Alas, useful ones are also washed together with them, so the main task of scientists from Sheffield was to search for an optimal, balanced method. The result of a combination of steaming with absorption is ultimately named.

To properly cook rice, you need to boil the water in the ratio to the croup 4: 1, fill in the rice and leave for 5 minutes. Then all the water must be drained – it will take with her arsenic. Pour clean water into rice in a ratio of 2: 1 and leave to cook over low heat under the lid until cooked. The method allows you to easily wash 55 % and 73 % of inorganic substances from brown and white rice, respectively. The method is universal, but scientists clarify that it needs to be adapted to local rice varieties and water quality.