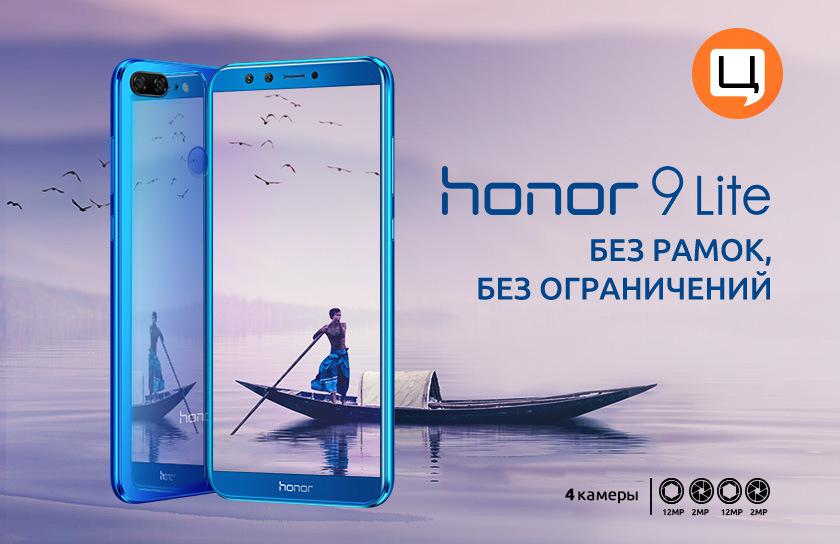 The new Honor smartphone will conquer Ukrainians with a flagship appearance, spectacular selfies and an affordable price – they note on the network “Citrus”.

The gadget is a lightweight version of the legendary Honor 9 flagship, which in a record two weeks after the start of sales spread around the world with millions of circulations, manufacturers explain. The light version of the device promises to repeat the loud success of the older brother. After all, for almost half the cost is offered by premium design and a set of top characteristics.

One of the main chips of Honor 9 Lite is impressive external data. Despite a significant reduction in the price, manufacturers installed a frameless display with reduced frames in the gadget. This size is ideal for games, watching films and simultaneously using several applications – experts say.

The smartphone has become even thinner and easier. In front and behind him protect 2.5D glass, which are framed on the sides in a metal frame. In Ukraine, models will be presented in two color solutions. The back panel of the blue smartphone has a dazzling mirror surface. A special coating creates the effect of radiance and mirror reflection. For more conservative users, a less catchy option in black is available.

New opportunities for photography are given by four cameras-double main and double selfie camera. A double front camera with lenses of 13 MP + 2 megapixels can make excellent panoramic selfies with a fashionable side effect and apply the decorations popular today.

High performance provides an 8-core processor Kirin 659 with 3 GB of RAM. For storage of data, it is provided for built -in 32 GB. Android 8 operating system.0 Expanded by the capabilities of the proprietary shell Huawei Emui 8.0. The personal data of the smartphone user protects the fingerprint scanner with machine learning technology. This means that the system is constantly self -improved and increases the rate of unlocking.

It is noteworthy that Honor continues to maintain its reputation as the most fashionable technological brand in the world. At the Paris Fashion Week, the company signed a cooperation agreement with the Koché design brand. Especially for Honor 9 Lite, French designers created six spectacular covers with emphasis on the subject of selfies. According to Honor President George Zhao, Koché accessories make Honor 9 Lite one of the iconic mobile devices of 2018.

“March 15, the new Honor 9 Lite at a price of 6499 hryvnias is available on pre -order on the Citrus network and on Citrus.ua. We are the first to officially present this novelty in Ukraine, ”the company emphasizes the company Vitaly Kuznetsov, – in addition to the gadget“ Citrus ”guarantees the highest service with all the settings and a wide selection of accessories”.

In honor of the appearance of the novelty in the Citrus, a special action has already started. There are only two conditions – it is necessary before the smartphone appears on sale to pre -order on the Honor 9 Lite and redeem the device until April 7. Among all participants, 10 fitness trees Huawei AW61 will be played on April 24.

Applications for iOS: Discounts on the App Store June 30, 2013