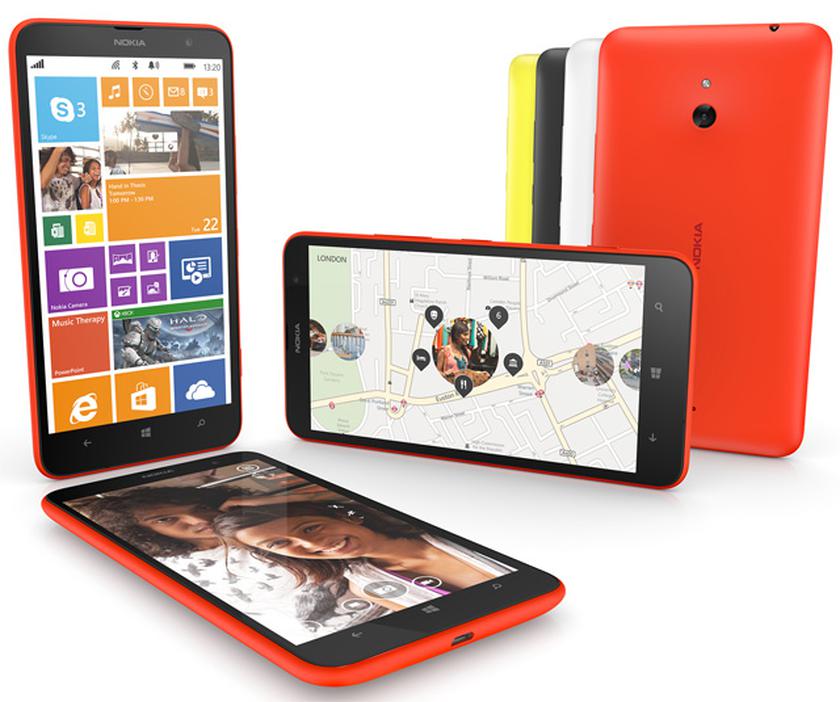 Together with Lumia 1520 Nokia, she introduced her simplified analogue under the name Lumia 1320, which is rather the development of the Lumia 625 model. The novelty also has a 6-inch screen, but is characterized by a resolution of 1280×720 instead of FullHD, a 5-megapixel camera and a 2-core processor Qualcomm Snapdragon S400 with a frequency of 1.7 GHz. Lumia 1320 also has less memory (1 GB of RAM and an 8-gigabyte built-in drive). Contactive battery capacity is 3.4 Ah, which should provide up to 9 hours of video playing in autonomous mode of operation. The novelty of 220 grams weighs with a size of 164x86x10 millimeters.

The declared price is $ 340 before taxes.