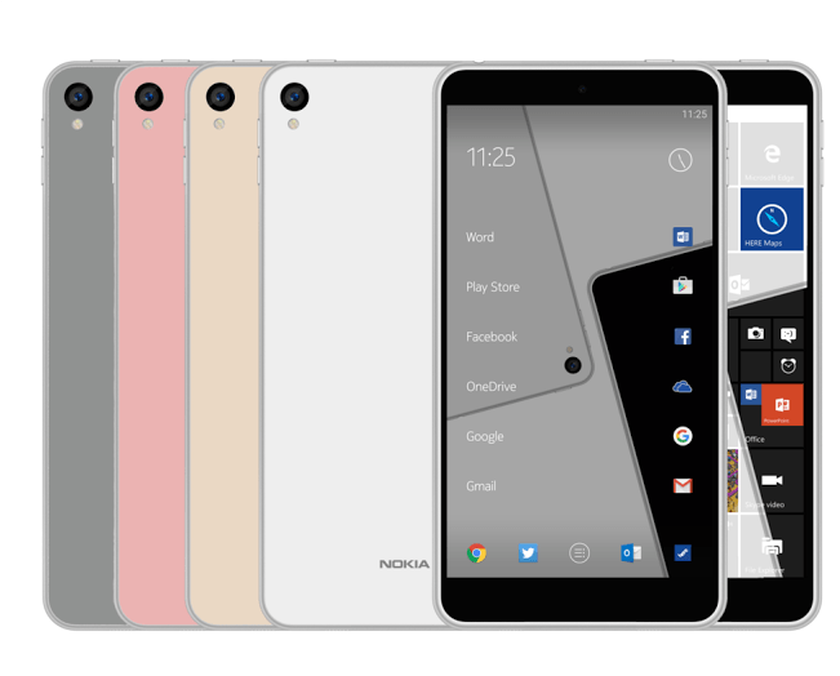 Next year, Nokia plans to return to the smartphone market, however, instead of creating its own production, the company will only develop devices and licensing its brand third -party companies. The first such apparatus, according to rumors, will be Nokia C1, and the alleged Render entered the network hints at the existence of two versions of the novelty at once – on the basis of Android and the Windows 10 mobile OS 10.

This is not the first leak on the appearance of Nokia C1, and each time completely different devices are shown in the images. It is hoped that before us is not another invention from fans with the skills of working in a graphic editor. Previous rumors attributed to the smartphone a 5-inch screen and an Intel processor, n

Recall that under the terms of the agreement with Microsoft, Nokia pledged not to produce mobile devices and not to license its brand for other manufacturers until December 31, 2015. Soon this ban will be lifted, and Foxconn will be one of the first partners of Nokia.