NASA will launch a giant balloon to study the ISON comet 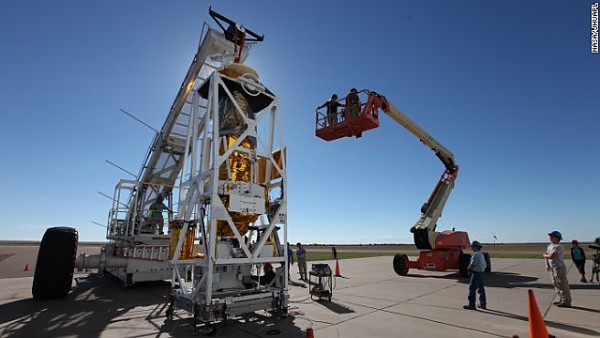 The space agency decided to launch a balloon into space for a more detailed study of the sensational comet, which in the coming months will visit our solar system.

Of course, this will not be a very ordinary ball. Although, according to NASA, it will be made of ordinary plastic film and filled with helium. The balloon can carry a useful load of about 3600 kg, which is approximately equal to the weight of three small cars.

The ball was called Brrison or Ballon of Rapid Response for Ison. According to NASA, he will be able to fly at an altitude of about 36 kilometers above the ground, which will help to carefully study the comet in combination with the data of telescopes and other tools.