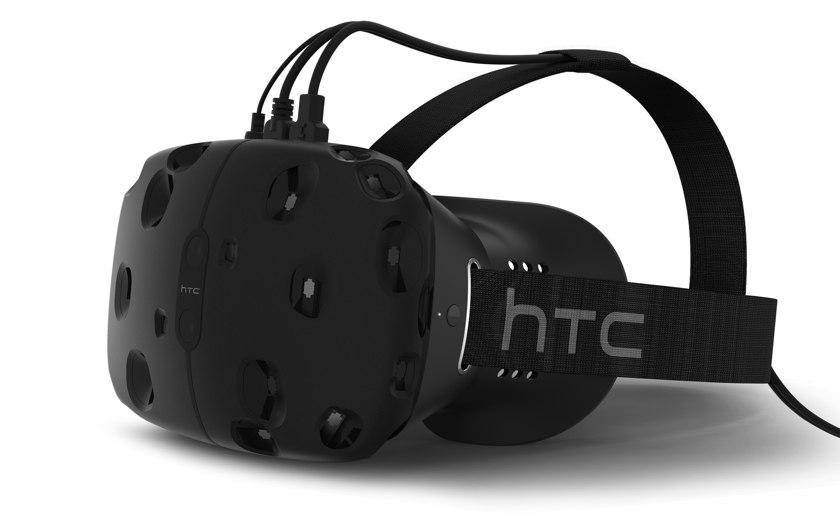 The most interesting announcement of the HTC (and I said) at the MWC exhibition was a virtual helmet called HTC Vive, developed with the participation of the Grand of Computer Games – Valve. There are no details and technical characteristics yet, it is only known that both companies have enlisted the support of such developers as Vertigo Games, Bossa, Barry, FireProof, Dovetail Games, Wemo Labs, Google, Steel Wool Games and Owlchemy. There are also agreements with content manufacturers on the support of the new technology: Google, HBO, Lionsgate and … the National Museum of Taiwan (apparently, cooperation with the Louvre, Hermitage and the Bulgakov Museum on the Andreevsky descent is still ahead).

They talk about supporting pictures with a frequency of 90 frames per second and 70 sensors that will track the movements of the user’s head. In the spring, HTC Vive will become available to developers, and “until the beginning of 2016” he will go on sale. To promote the novelty, they even made a separate website www.HTCVR.Com.

HTC in partnership with Valve will provide developers with a set for virtual reality this spring, and for ordinary users the solution will become available at the end of 2015

Barcelona, ​​Mobile World Congress, March 1, 2015. – HTC, the world leader in the field of innovative technologies, today announced its plans to introduce virtual reality solutions to the mass market (VR). With the help of partnership with Valve, the world leader in the game sphere, HTC promises to completely change the idea of ​​how users interact with technology and the world around him. HTC Vive Developer Edition starts in the spring, and the version for a wide circle of users will be available by the end of the year.

Based on the Valve Steam virtual platform, Vive combines the most impressive VR experience with worldwide recognized design and engineering developments of HTC, establishing a new, «gold» The standard for the industry, which all this time is trying to overcome the stage of the concept.

«It is rare that the company has the opportunity and courage to constantly transform the approach to the interaction of technology with people and the world around him. But this is exactly what we plan to do with Valve», – commented on Cher Wang, chairman of the board of the HTC Corporation.
«In our developments of technologies for smartphones, we have already achieved a lot and now in partnership with Valve we are going even further, showing users of VR technologies, which they could only dream of», – added Peter Chou, Executive Director of HTC.

Vive offers the most realistic experience of virtual reality, which people can now experience using a VR set. HTC and VALVE have developed Full Room Scale 360 ​​Degree solution with additional sensors to track location, which provides a full -lifting virtual reality. Vive allows you to move inside the virtual world in any direction, explore objects at any angle and really interact with the surrounding «reality». Based on new performance standards, the kit provides a graph of the highest quality, updating the picture with a frequency of 90 frames per second and excellent sound quality.

Games and not only

«The basis of our partnership with HTC is the general desire of our companies to create the most exciting and most perfect experience of virtual reality, – Ken Birdwell noted from Valve. – providing the creators of the Vive version for developers – This is an unusually important stage on the way to the goal».
The potential of virtual reality is endless, and the game industry gradually goes into other dimensions – The world of virtual reality. HTC seeks to make out the wider possibilities of virtual reality and sees the prospects for using this technology in everyday life. Traveling, games, meetings with friends and even shopping – Everything can be different. To introduce these technologies into our lives, HTC collaborates with the best consumer brands – Google, HBO, Lionsgate, Museum of the Imperial Palace in Taiwan and other companies.

«Vive creates a great opportunity to develop virtual reality for all developers and creators of content. Our solution will help VR become the mainstream in the near future and revise our views on the world: how we communicate, learn, play and become more productive. HTC Vive – a real product, it is already here and even before the onset of 2016 with its help it will be possible to plunge into the virtual world», – Scheduled Cher Wang, Chairman of the Board of the HTC Corporation.

You can find out more about HTC Vive by visiting www.HTCVR.Com.
Later this week, Valve and HTC will show Vive developers at the Game Developer’s Conference conference in San Francisco, USA.

Technical characteristics HTC M8 (One 2) Mini got into the network

HTC U12+ began to receive Android 9 Pie in Europe