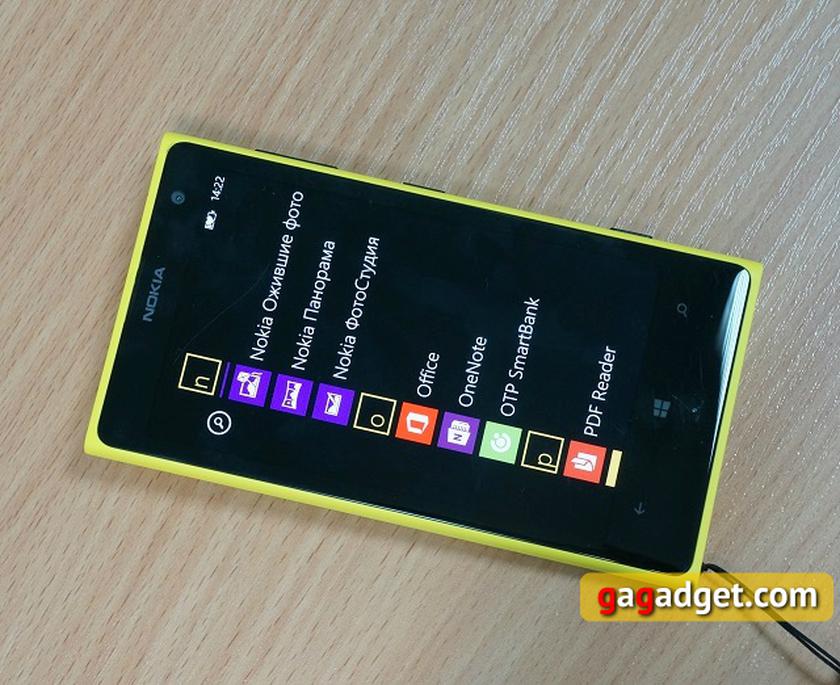 Each purchase is first of all the expectation. And the overall impression of the purchased thing is formed from how much it corresponds to expectations. Therefore, in two final materials, I want to share my thoughts about what should not be expected from Lumia 1020, and what, on the contrary, follows. Let’s start with what you should not expect.

one. What you do not like in WP8 cannot be changed using applications. Unfortunately, this is the prose of life that any user of WP-smartphone faces. If he (smartphone) does not know how to read a certain file format (for example, FLAC), then a third -party player from MarketPlace will not help to solve this problem. In Windows Phone 8, the settings of communication modules are hidden so deeply that they cannot be reached a couple of clicks even using special applications. Because they only collect them in one place, and then also slowly and sadly launch. This problem can only be solved by Microsoft. Let’s hope that sooner or later the company will reach the company.

2. Nokia Lumia 1020 will not make you a photographer. If you use the smartphone’s camera on the principle of “introduced and removed”, then in most cases (the exception is night shooting, shooting objects in the distance or objects with a large number of small parts) The result will not differ from other top smartphones on the market. Miracles should not be expected. But the Lumia 1020 camera will definitely prove itself in the best way in difficult shooting conditions, in this situation you can safely rely on it.

3. Top Windows Phone 8 will not work faster than top Android Smartphone. Surprisingly, the new generation of processors for Android devices in 2013, as well as the efforts of Google to lick the interface, allowed the top-end Android-smartphones to equal the smoothness of the interface with WP8 devices, and in some cases even surpass them (iOS-generally outside of competition). So, the Sony Xperia Z1 smartphone (also with an excellent camera, by the way) wins the interface smoothness and the opening speed of applications from senior colleagues from the Lumia line. Models 1020 in particular. Microsoft it’s time to take a new step forward.

4. Autonomy could be better. Autonomy was considered a strong side of WP devices. But if you listen to music from a smartphone, monitor the updates of social networks, use the camera a lot once a day, then you will most likely have to charge the Nokia Lumia 1020. Well, or at least a day and a half. By the standards of a modern flagship smartphone, this is a weak result. The low capacity of the Lumia 1020 battery and the development of the Windows Phone ecosystem are to blame, that is, the emergence of interesting applications, customers for social networks, thanks to which you use a smartphone more and quickly discharge the battery.