An interesting feature is that in this processor they have achieved that not one module of two more powerful or weaker nuclei works, but all four nuclei. MT8135 will be one of the first chips with PowerVR G6200 graphics. Supported Miracast and Memory LPDDR3. Further, comparative MT8135 tests with competitors (of course, MediaTek employees): 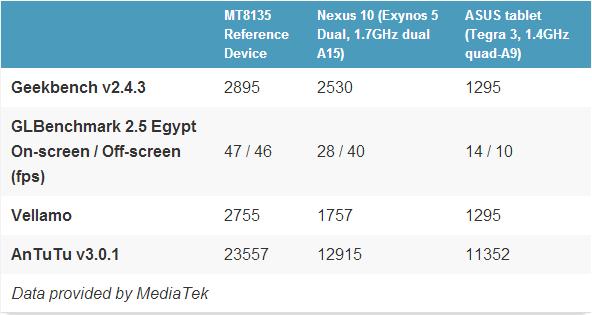