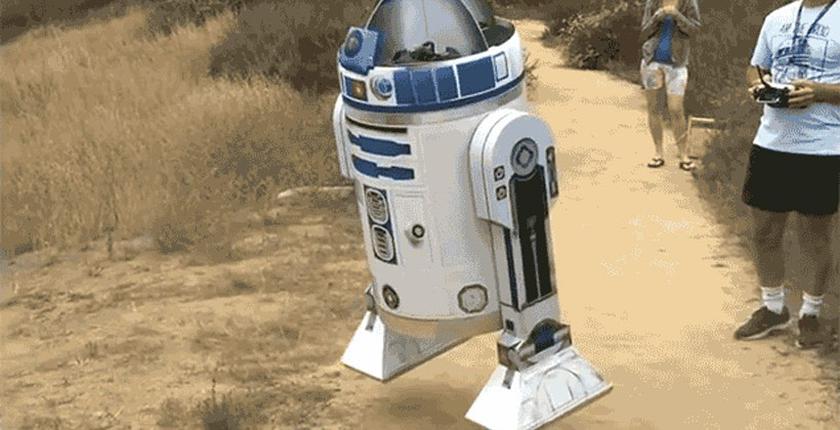 In the midst of the annual Comic-con festival in San Diego. As usual, the program is very saturated, a lot of cosplay, comics, games and cinema. Handyman,

In flight, R2-D2 really looks like in films, although during close consideration it becomes clear that it is quite and accurately designed a frame, inside which there is nothing but a quadrocopter. In any case, it looks good: