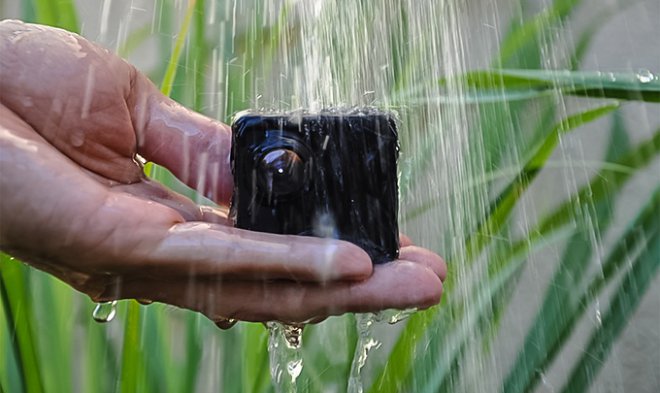 There are many different action cameras in the world, but almost all of them are either overly expensive, or have limited possibilities. However, more recently, a new camera appeared on the Kickstarter platform, which is going to challenge these problems.

This is CameO360-the world’s smallest 360-degree 4K-core with double lenses. Its development has been conducted since 2015 and today it boasts a whole set of useful functions. The camera shoots a 4K video with 24 FPS frequencies and a photo with a resolution of up to 24 megapixels. It has a built -in possibility of stitching images, stabilizing the picture and transmitting streaming videos.

The camera also supports work with remote controls. WiFi 5G and Bluetooth 4 chips are responsible for communication with other devices.0. All this functionality fits in a case weighing 96 g and dimensions of 46×46 mm. Cameo360 is controlled by the only universal button placed at the end.

One of the most interesting capabilities of Cameo is the streaming broadcast of a 360-degree video. With its help, users can broadcast their videos via Facebook or YouTube in real time.

The camera supports various shooting modes and offers the operator an instant pre -examination. It also allows you to edit already shot photos and video materials.

Comparative characteristics of CameO360 and several of its competitors – including the unconditional market leader, GoPro Hero5 – are given in this table. 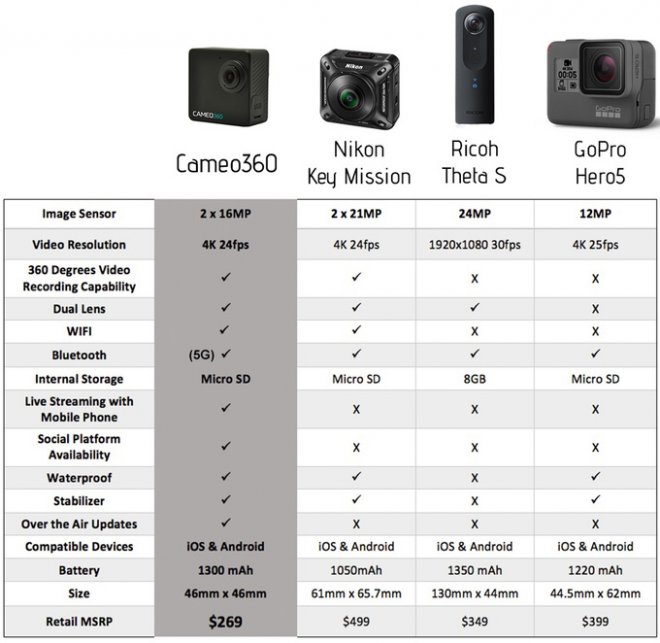 CameO360 deliveries will begin in August this year, and its price will be $ 269. 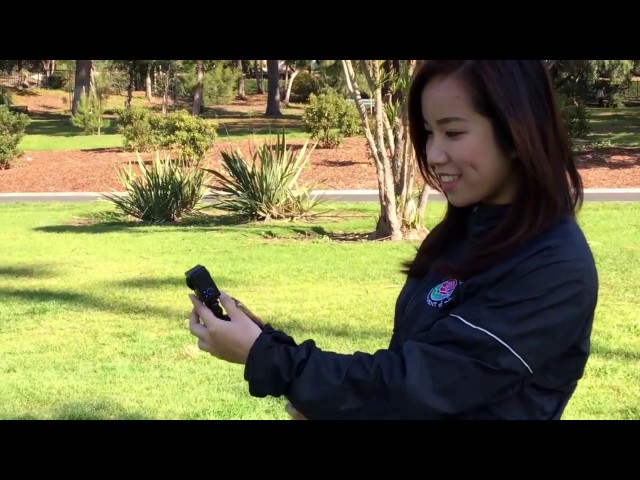 The rarest and expensive toys from the Star Wars universe

Hovding cycling in the accident instantly becomes an air cushion